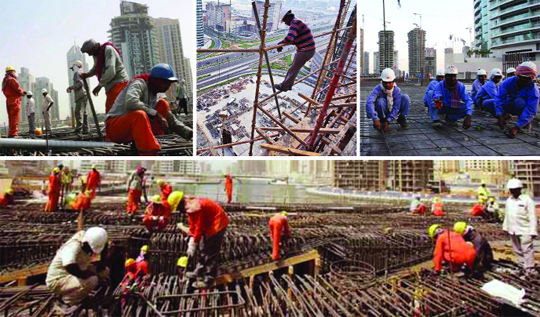 The Bangladeshi embassy in Bahrain has announced a temporary ban of issuing permission for its nationals to work in the Arabian nation until the problems faced by them in the country are solved, local officials said on Saturday.

The decision was enforced from 1 March because of violations of the rights of Bangladeshis in Bahrain, while the ban will be lifted after reaching an agreement with Bahrainian authorities that could safeguards the best interests of workers, Xinhua news agency reported.

An official from the embassy told the local Al Wasat daily that the embassy received no less than 50 complaints from Bangladeshis on a daily basis, majority of those related to not receiving salaries on time.

According to the embassy, there are 180,000 Bangladeshis working in Bahrain, in which around 50,000 are illegal workers.

The officials confirmed that there was a huge number of workers who are homeless and sleep on the roads and public utilities.

The ban was not the first, as the embassy suspended the permissions in 2015 for the same reasons, while in 2008 the government of Bahrain suspended issuing work permits for Bangladeshis after one of them killed a Bahraini over work dispute.