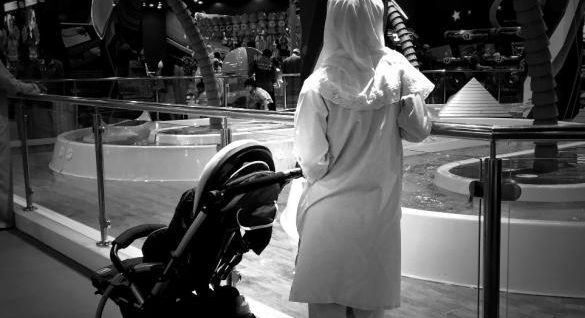 Many migrant domestic workers including Bangladeshis are trapped in abusive employment in Oman with their plight hidden behind closed doors, Human Rights Watch (HRW) said in a report released today.

The New York-based rights organisation stressed in the report that Omani authorities should take immediate steps to reform the restrictive immigration system that binds migrant workers to their employers.

They should provide the domestic workers with labour law protections equal to those enjoyed by other workers, and investigate all situations of possible trafficking, forced labor, and slavery, it added.

The 68-page report, “‘I Was Sold’: Abuse and Exploitation of Migrant Domestic Workers in Oman,” documents how Oman’s kafala (sponsorship) immigrant labour system and lack of labour law protections leaves migrant domestic workers exposed to abuse and exploitation by employers, whose consent they need to change jobs.

Those who flee abuse – including beatings, sexual abuse, unpaid wages, and excessive working hours – have little avenue for redress and can face legal penalties for “absconding.”

“Employers can force domestic workers to work without rest, pay, or food, knowing they can be punished if they escape, while the employers rarely face penalties for abuse,” she said.

At least 130,000 female migrant domestic workers, and possibly many more, work in the sultanate. Most are from the Philippines, Indonesia, India, Bangladesh, Sri Lanka, Nepal, and Ethiopia, the report said.

Employers typically pay fees to recruitment agencies to secure domestic workers’ services, and several workers said that their employers told them they had “bought” them.

Some employers demand that workers reimburse them for recruitment fees for their “release”, the report said.

“Asma K,” from Bangladesh, said she went to the UAE to work there, but that her recruitment agent “sold” her to a man who confiscated her passport and took her to Oman.

He forced her to work 21 hours a day for a family of 15 with no rest or day off; deprived her of food; verbally abused and sexually harassed her; and paid her nothing.

The HRW said migrant domestic workers in Oman are bound to their employers and left to their mercy.

Employers can force domestic workers to work without rest, pay, or food, knowing they can be punished if they escape, while the employers rarely face penalties for abuse, the rights organization said.

The situation is so dire that some countries, such as Indonesia, have banned their nationals from migrating to Oman and other countries with comparable track records.

The bans, however, are ineffective, and can put women at heightened risk of trafficking or forced labor as they and recruiters try to circumvent the restrictions. While some countries have increased protections for their nationals who work abroad, others do not fully protect workers against deceptive recruitment practices or provide adequate assistance to abused nationals abroad, the report said.

The report said Oman’s restrictive kafala system, also used in neighbouring Gulf countries, ties migrant domestic workers’ visas to their employers. They cannot work for a new employer without the current employer’s permission, even if they complete their contract or their employer is abusive.

In 2011, Oman told members of the United Nations Human Rights Council that it was “researching an alternative to the [visa] sponsorship system,” but Human Rights Watch said itis not aware of any concrete proposals made since.

The Human Rights Watch said the Omani government did not respond to its requests for information on law reforms or other measures to protect domestic workers’ rights.

Talking about the report, Zahed Ahmed, counsellor (Labour) at Bangladesh embassy in Muscat, admitted that there are some incidents of abuses like work-load, passport confiscation and irregular salary payment.

“Like other Middle Eastern countries, domestic workers including Bangladeshis are also facing different abuses. As the domestic helps are being hired individually or privately, it is difficult to assess all the employers,” he told The Daily Star from Oman over phone today.