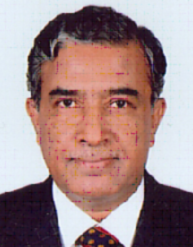 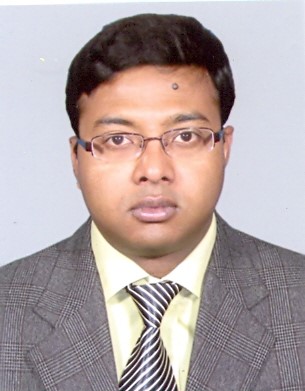 Dr. Mazharul M Islam, Secretary and Country Coordinator of BASUG Germany did his Bachelor (Honours) and Masters in Chemistry from the University of Dhaka, Bangladesh in 2001. He obtained his PhD in Theoretical Chemistry from the University of Hannover, Germany in 2005 with the ‘George-Christoph-Lichtenberg’ Scholarship of the Land Niedersachsen. After that he worked as a Research Associate with the University of South Australia until 2007. He then joined ENSCP of University of Pierre and Marie Curie, Paris as Postdoctoral Research fellow and worked there until May 2010. Since then he has been working as Senior Research fellow at the Mulliken Center for Theoretical Chemistry of University of Bonn in Germany. Dr. Islam has published over 30 scientific research papers in world renowned peer-reviewed international journals, authored one book (Mechanisms of Ion Migration in Ceramic Oxides, LAP Lambert Academic Publishing, ISBN: 978-3-8383-3952-8, November, 2012) and edited one book (Climate Change effects and Energy development (CCE), Editors: Dr. Mazharul M. Islam and Dr. Wolfgang-Peter Zingel, Publisher: Bangladesh Environment Network (BEN) Germany, ISBN 978-3-00-036942-1, December, 2012). He has been invited in many international conferences held in among others Perth, Paris, Vienna, Dublin, Tunis, Prague, Budapest, Milano, Hannover and Bremen. Apart from his scientific research work, Dr. Islam is engaged in activities on sustainable development of Bangladesh. He is the coordinator of Bangladesh Environment Network (BEN) Germany and served as the secretary of organizing committee of International Conferences on Climate Change effects and Energy Development of Bangladesh (ICCEB) in 2011 and 2012 at the University of Bonn, Germany. He successfully organized the international conference on Rural Enterprise Development held at Daffodil International University in 2012 in Dhaka. He initiated the activities of the “International Institute for Sustainable Development and Leadership Building (IISDL)” in Dhaka and currently serves as its Co-Director. 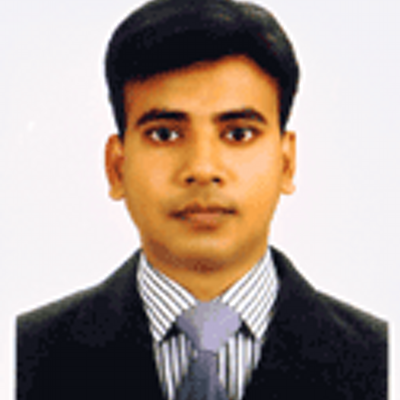 A H M Abdul Hai, Project Coordinator: has studied English Language and Literature from Rajshahi University, Bangladesh. Starting his career as journalist with the national English daily newspaper of Bangladesh, the Daily Star, he worked long time in the national news agency, Bangladesh Sangbad Sangstha (BSS) and Bangladesh Television (BTV) and also with the international broadcaster of Germany, Deutsche Welle. He has also worked in several media-related development organisations including CCD Bangladesh, Panos Instititue and Bangladesh NGOs Network for Radio and Communication (BNNRC). He has been awarded four media prizes from BTV, Panos and Hostwriter for his outstanding reports in print and electronic media. He has good command over Bengali, English, German, Spanish and Arabic language. He has a good network and working relation with the media people, media activists, government and non-government media bodies and human rights networks in Bangladesh, Myanmar and Germany

Ansar Ahmed Ullah, Country Coordinator of UK based BASUG Chapter, is a very active community leader who has lived and worked in the UK since the late 1970s. He has worked as a youth, social and community worker and has been an active anti-racist campaigner. Ansar Ahmed Ullah has worked at local government social services and in regeneration department in London in conjunction with various communities, engaging in consultation processes, gaining experience within deprived areas and understanding the needs of local communities. He is the Co-convenor of the UK/Brussels-based European Bangladesh Forum (EBF), an informal network of Bangladeshi Europeans. An active member of BASUG, Ansar Ahmed Ullah has successfully organised a good number of workshops and seminars for BASUG on Migration and Development, Remittances and Democracy in Bangladesh. He also maintains BASUG’s contacts with the British mainstream politicians and British Euro parliamentarians. Mr. Ullah coordinated the research work of BASUG Netherlands carried out by Social Vision of London School of Economics on ‘violence against women’ among the Bangladeshi migrant community in London.

M.M. Haque Raju has been working as the Country Coordinator of BASUG in Italy since 2009. A Social Science Graduate (BSS) from the National University of Bangladesh, Mr. Raju has completed Technician Certificate in Information processing from City & Guilds of London Institute in 2000-2012. His areas of interest are software, web design, programming language, editing of film and photography. is involved with a number of Bangladeshi TV channels in Italy (NTV UK, Channel I Bangladesh, Desh TV, UK). He is the General Secretary of Bangla Press Club, Italy and Italy Correspondent of SA TV Bangladesh. He is the Co- producer of popular Bengali Talk show titled, ‘Italy Thekey Bolci’ for channel 9 UK. He was one of the key organisers of event management with MoneyGram International and Radhuni Bangladesh Night in Rom organized by Bangladesh TV channel, Channel I. Mr. Raju is now completing Masters in Business Administration (MBA) at the Graduate School of Business economics, Higher School of International Commerce and Finance in Warsaw, Poland.

Dr. Mojibur Doftori, Country Coordinator: In his 20+ years of professional career, Dr. Mojibur Doftori worked as a reporter of a national news magazine (Bangladesh); academic research institutes i.e. University of Helsinki and University of Tampere (Finland); University of Roskilde (Denmark); PEN Finland (board member and chair, Writers at Risk Committee & Writers for Peace Committee); Humanist Association of Finland (board member); PEN International (London, United Kingdom, Researcher); Peace Union of Finland (project officer) and Writer (Massive Career Success: How to Create the Life of Your Dreams!) and Public Speaker. Mojibur lives in Helsinki, Finland. In recent years, he held position of Board member in PEN Finland, an organization for writers’ and journalists’ freedom of expression worldwide. He served as a researcher of PEN International Secretariat in London in 2018 giving expert support to its research work on Asia-Pacific case-list, its Asian civil society program and protection work with International Cities of Refuge Network (ICORN). He represented Finnish PEN in PEN International’s meetings and Congresses in Norway, Ukraine and India in 2017 and 2018. He has excellent research, analytical and communication skills. He has field experience in Africa, Asia and Europe. He is fluent in English and Bangla and has working knowledge of Finnish.  He is writer of the book, ‘Massive Career Success: How to Create the Life of Your Dreams!’ Powerhouse Publications, Oxford, United Kingdom. 22 September 2019