BD expats to get smart cards 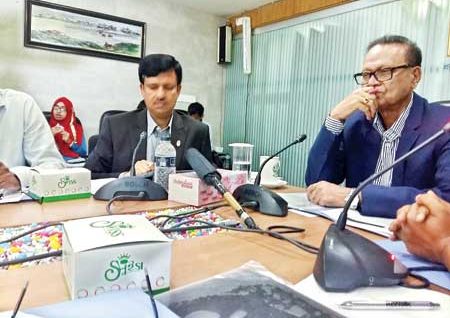 Bangladeshis living and working overseas are the major stakeholders in the development of their own country, said Expatriates’ Welfare and Overseas Employment Minister Nurul Islam B. Sc
Speaking at a dialogue in Dhaka he said the government of Bangladesh and the nation as well were fully aware of their contributions to the country’s economy.
The Minister informed the dialogue that Bangladeshis living in Europe, US and Australasia are to get smart cards to access welfare facilities like foreign wage earners and migrant workers.
The dialogue on ‘Diaspora, Migration and Development,’ was jointly organised by Europe-based Diaspora organisation BASUG, Bangladeshi NGO Films 4 Peace Foundation and the Ministry of Expatriates’ Welfare and Overseas Employment (MoEWOE) at the Ministry’s conference hall on Sunday.
The Minister claimed that all staff of his ministry were fare and had been working sincerely for the welfare of the migrant workers as per the guidelines of the government.
“There is no hanky panky in my ministry. Prime minister Sheikh Hasina has keen interest in the welfare of the migrant workers,” he added. MoEWOE Additional Secretary Mohammed Azharul Huq said the Ministry is setting a special cell for Diaspora living all over the world.
He said the new draft policy on migrant workers and expat wage earners is expected to be passed in the Parliament soon and will open doors for expanding welfare and facilities for expatriates abroad.
Speaking on the initiatives taken by the Ministry the Minister said, Bangladesh has established special offices for Bangladeshi migrant workers and expats in Australia, South Africa and Italy.
More such offices will be opened in countries where diaspora are significant, said Azharul Huq.
Others who spoke at the seminar were Griffith University, Australia, Prof Moazzem Hossain, President of BASUG Germany Dr Ahmed Ziauddin, Chairman of BASUG, The Netherlands Bikash Chowdhury Barua and host Chairman, Films for Peace Foundation Pervez Siddiqui.
Dr Moazzem told the seminar that his research findings indicate that migrant’s household income distribution and calorie intake is very satisfactory.
“Poverty among migrants is less that 10 percent and poverty has significantly reduced, compared to non-migrants household poverty remains at 36.36 percent,” the Australian professor concluded.
Bikash Chowdhury urged the government to involve the stakeholders to evolve a migrant-friendly policy framework for the Bangladesh diaspora living and working abroad.
An estimated 11 million migrants are living in 162 countries and their annual remittance has risen to $15 billion.
Ahead of the dialogue Desh TV hosted a debate in its special programme Shoja Kotha on October 30, in which BASUG’s German Country Coordinator Dr Ahmed Ziauddin, Chairperson of BASUG from The Netherlands Bikash Chowdhury Barua and UK’s Country Coordinator Ansar Ahmed Ullah discussed ‘Diaspora contribution towards Bangladesh’s economy and development: Challenges and government’s responsibility’ hosted by Mohammad Jahangir.
On the wrap up Bikash Chowdhury Barua urged the Bangladesh government to involve the stakeholders to evolve a migrant-friendly policy framework for the Bangladeshi diaspora living and working abroad.