Lalitpur, 24 September: A two days training course on “Empowering women to adapt climate change effects for sustainable growth” was held at the Local Development Training Academy, Lalitpur district, Nepal on 23-24 September 2018. The training course was organised as a part of the on-going project of European based BASUG diaspora development organisation in collaboration with its local partner SOLVE Nepal and with the support of the German International

A stabbing leads to anti-migrant protests in Germany

A young woman carefully lays a sunflower next to the candles and carnations that surround a photo of 35-year-old Daniel Hillig. An older woman cries as she explains that he was a friend of her daughter. The spot where Mr Hillig was stabbed to death last month, allegedly by migrants, has become a shrine. Both women say they are scared to go out at night and feel nervous when they see groups of foreign-looking men. “We’re not racist,” says one,

Bonn, 27 August: Diaspora and development organisation BASUG and Seraji Foundation organised the first Art and Literature Festival against Racism and Discrimination in Bonn on 25 August. Documentary film, discussion, art exhibition, songs, poetry and short stories were the main festival attractions held in the MIGRApolis hall in Bonn, Germany. ead of the Integration Department of Bonn City Corporation Coletta Manemann inaugurated the festival as

In US Senator McCain’s passing, Bangladesh’s Bridget loses her father

McCain, who ran unsuccessfully for president as a self-styled maverick Republican in 2008, and his wife, Cindy, adopted Bridget during Cindy’s 1993 humanitarian trip to Bangladesh. McCain died at the age of 81 at his home in Arizona on Saturday after a long battle with cancer. He was a naval bomber pilot, prisoner of war, conservative maverick, giant of the Senate, twice-defeated presidential candidate. In many interviews, Cindy McCain has described

Press Release: 20 Aug 2018 The GFMD (Global Forum on Migration and Development) 2017-2018 Co-Chairs, Germany and Morocco, are convening a GFMD Dialogue on GCM Implementation on Tuesday, 4 September 2018 from 10h00 to 18h00 at the Palais des Nations in Geneva, Switzerland. This dialogue follows a series of initiatives that began since Germany and Morocco assumed the GFMD Co-Chairmanship in 2017. It may be mention that Bangladesh was chair of 2016 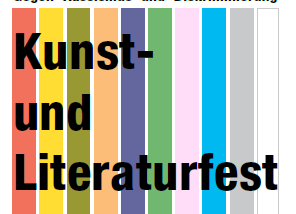 BONN, Germany, 23 July 2018: BASUG is going to organise an Art and Literature Festival against Racism on Saturday, 25 August 2018 from 11 am to 4 pm in MIGRApolis centre, Brüdergasse 18 in Bonn, Germany. The program is being organised with Germany-based development organisation, Seraji Foundation in collaboration with from the Bonn City authority.   The main objectives of the festival among others are to sensitize the mainstream and international

Job seekers from Bangladesh getting trafficked to Malaysia by sea

Male and female workers from Bangladesh aspiring to work abroad are becoming victims of trafficking to Malaysia through ‘risky’ sea routes by boats. Campaigners for protecting migrants’ rights expressed concern over the issue though the authorities in the government said that they were not aware about it. ‘All the preparations have been taken to repatriate on July 26 at least 17 Bangladeshi migrants now detained at the Langcap Immigration

Hungary will not sign the UN's first compact on global migration, after all UN member nations except the US approved the draft to be signed in December. Prime Minister Viktor Orban has taken a tough stance on migration. Hungarian Foreign Minister Peter Szijjarto on Wednesday described the newly agreed UN global migration compact a "threat to the world" which went against his country's interests. The draft for the Global Compact for Safe, Orderly

Use jute bags, break up with plastics: PM

Prime Minister Sheikh Hasina today laid emphasis on increasing the use of jute-made products giving up plastic-made ones as plastic now has become a great threat to the environment globally. "Plastic has become a huge problem for the world; plastic causes pollution. Sometimes we saw it blocks the drainage system and also canals. Wherever there is plastic, you'll find problem there," she said. The prime minister was speaking at the function of World

“We Have Only One Earth. Make It Plastic Free.”

Dortmund, July 14: Speakers and experts from Asian and African Diaspora and European development organizations made one and united call to the world citizens of all levels, “We have only one world. Wherever in the world you use and throw plastic particles to the soil, water or air, it will equally harm the living beings across the world in the long run. So let us join hands together and take integrated initiatives for the sake of our next generation