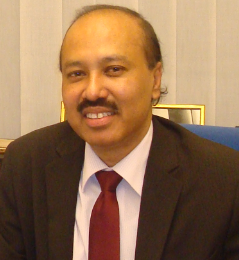 ‘Together we can make this world a better place to live’– with this strong belief and firm conviction BASUG, the Netherlands based Diaspora organisation commenced its journey in 2005. Being an active Diaspora organization and with clear objectives and motivation in mind, BASUG has today come across a long way with considerable experience during the last ten years. BASUG gained such experiences by engaging its efforts in the fields, inter alia, of migration and development, remittances, gender, health & education, climate change and human rights. During this period, BASU has been very successful in widening its network at national, European and international levels. The organisation has been able to make others aware about its strong presence in the field of migration and development. BASUG is one of the important actors at the Global Forum on Migration and Development (GFMD) since 2007. This we firmly believe, has been possible largely due to our active and constructive engagement with different stakeholders, both the government and the private sector actors across the globe.

During the last ten years of our existence and long journey, our bondage with our partner organisation in the Netherlands, Oxfam Novib has grown stronger; our interaction with other institutions like the Dutch Foreign Ministry, Dutch Embassy in Bangladesh, IFAD in Italy, GIZ-CIM, ILD in Germany has reinforced. It is noteworthy that BASUG has been unanimously accepted as a member of BOOM (Bangladesh Overleg Ontwikkelkingsamenwerking en Mensenrechten/Platform on Bangladesh Development and Human Rights). BOOM is the Platform of mainstream development organisations of the Netherlands comprising of Oxfam Novib, ICCO, CORDAID, Amnesty International, Both Ends, Plan Nederland, CIMAVI, FNV and few more. BASUG is active at national, regional and international fields. BASUG’s leadership was invited as a Panel member at the World Bank and IFAD World Forum on Remittance in Bangkok, Thailand in 2013; as speaker at the first briefing of the New York Migration Series on, “Bringing Migration into the Post-2015 Agenda : Bringing the Divergent Views on Migration and Development” at the United Nations Headquarters in New York on 28 April 2014 and as speaker at the IOM conference on ‘Migration for the benefit of all’ on its 20th year anniversary held at the Dutch Foreign Ministry on 14 December 2013. Active participation in these and many other international fora indicate that the organisation has been taken seriously and as a professional entity. BASUG in collaboration with Oxfam Novib organised a successful ‘Knowledge Sharing Discussion’ on “Diaspora Investment in Rural Development: Bangladesh and Global Experience” at the 4-day long Global Forum on Remittances and Development (GFRD) in Milan, Italy on 19 June 2015. This has been possible due to our selfless dedication and commitment to the causes we have been highlighting with other actors. We can claim with pride that BASUG is the only Diaspora entity in the Netherlands that has been taking an active part in all the Global Forums on Migration and Development (GFMD) since its inception in 2007 in Brussels. BASUG Chair was inducted as one of the members into the International Steering Committee of GFMD 2015. We took part in both the High-Level Dialogues on ‘Migration and Development’ at the United Nations in New York in 2006 and 2013.

Another success story of BASUG as a Diaspora organisation is that, we have for the first time, brought the messages on ‘Violence Against Women’ to the Bangladeshi community in the Netherlands, United Kingdom and Belgium in 2007. BASUG started initially its work with and for the Bangladeshi migrants communities in four European countries (Netherlands, Italy, France and Belgium) and in Bangladesh, but later transcended its agenda to Sri Lanka, thanks to the Joint Initiative on Migration and Development (JMDI) of EC-UN when it awarded the organisation with a 18-month project on Remittances for the Sri Lankan community in the above four European countries and for their family members in Sri Lanka in 2009. BASUG also worked in Nepal on Women empowerment and climate change issues in collaboration with its local partner, SOLVE Nepal in 2018-19.

We have good reasons to take pride in the fact that one of our projects in Bangladesh on ‘Women Entrepreneurship’ was nominated by EC-UN as one of the Best Practices, which was showcased at the first Knowledge Fair at European Commission in Brussels in 2009. This also displays the trust bestowed on our leadership by the UN body. BASUG also organised programs on issues such as democracy, minority rights, fair elections in Bangladesh at European level, held separate meetings with European, Dutch and British MPs and British Members of the European Parliament in the U.K.

Apart from the Netherlands, BASUG has today its registered office in Bangladesh and Germany and active Chapters in the UK, Italy and Finland.

We have come across a long way and successfully. Yet there is no reason to be self-complacent. We have to go a long way. The days ahead are difficult with many challenges. But we believe that with our dedication and commitment and with the support from our well-wishers, donors, members, volunteers we can reach our goal- ‘Together we can make this world a better place to live’. We don’t say, ‘we are the best’ but we do say, ‘we do our best’.

I sign off with the following quotation of Robert Frost: