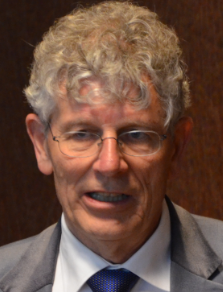 Professor Dr. Gerd Junne, Advisor: held the Chair in International Relations at the University of Amsterdam for 30 years. He is the Director of The Network University (TNU), a board member of War Child Holland and of Radio La Benevolencija Humanitarian Tools Foundation, and a member of the steering committee of the Cultural Emergency Response programme of the Prince Claus Foundation. Born in Thüringen in Germany, he studied political science, law and economics at the Free University of Berlin and the Université de Genève and got a PhD in Economics from the Free University of Berlin in 1975 for a dissertation on the Euromoney market.  He worked as a lecturer at the universities of Berlin (FU), Bremen and Konstanz (1970-1979) and as a consultant for the U.N. Centre on Transnational Corporations before moving to Amsterdam. He was responsible for research projects for the United Nations, FAO, ILO, the European Union, the VW Foundation, the Rathenau Institute, the German Parliament, Dutch Ministry of Foreign Affairs, Dutch Ministry of Transport, Dutch National Research Program on Air Pollution and Climate Research and many NGOs in the fields of development and conflict transformation. He served as in editorial boards of many academic journals. During the last five years, he has worked on many aspects of the relation between migration and development. 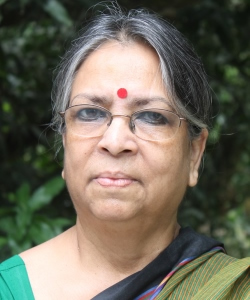 Advocate Sultana Kamal: is a prominent Bangladeshi lawyer and human rights activist. She serves as the Executive Director of Ain O Salishi Kendro (ASK), one of the leading civil rights organizations in Bangladesh. She is the courageous voice against violence on women and on human rights issues in Bangladesh and abroad. In 2006, she served as advisor and minister in the interim Caretaker Government of Bangladesh during the 2006-2008 Bangladesh political crisis, along with three other ministers, famously resigned from the caretaker government, after a series of disagreements with President Ahmed, including his unilateral decision to deploy the armed forces across the country. Known for her outspoken character and a freedom fighter, Sultana Kamal took part in the Liberation War of Bangladesh in 1971. Born in 1950 Sultana Kamal did her Masters from the Dhaka University and later achieved Masters of development studies in Women and Development in the Institute of Social Studies in the Netherlands. Up to 1990 she worked for Vietnamese boat peoples in Hong Kong as a UN legal consultant. In 1996, she won the John Humphrey Freedom Award from the Canadian human rights group Rights & Democracy War. She is the daughter of the famous poet, writer, freedom fighter, feminist of Bangladesh, Sufia Kamal. Her mother who died in 1999, was buried with full state honor, the first woman in Bangladesh to receive this honor. 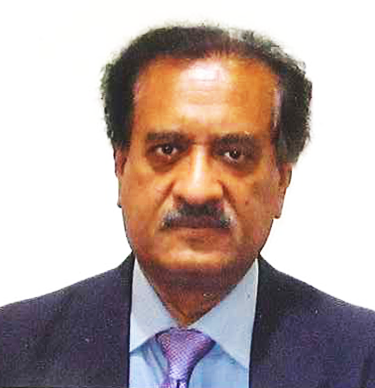 Dr. Moazzem Hossain, Advisor: teaches Economics, Development and Trade in the Department of International Business and Asian Studies in the Griffith Business School at Griffith University, Brisbane, Australia since 1990.  He has a Master degree from the Australian National University (1978), Canberra and a PhD from the University of Western Australia (1986), Perth. Dr Hossain has been working closely with Australian Migration policies affecting Bangladesh community in Australia since 1985. He was the mastermind in making Bangladesh degrees equivalent to Australian degrees in selected professions in 1988. Due to his expertise in this area, the Australian government had invited him to draw policy proposals for the relevant committees established for overseas degree recognition in Australia under the Department of Immigration and Multicultural Affairs in 1989. Because of these policies, thousands of agriculturists and general master degree holders from Bangladesh have been offered full points for migration purposes and thousands have migrated to Australia under the government’s various migration schemes since 1989. This facility has also been adopted by the higher education institutions (Universities and Tertiary and Vocational colleges) for admission of Bangladeshi students to Australian institutions, in turn, opened a huge opportunity towards future migration of Bangladeshis to Australia. Dr Hossain has also promoted Bangladesh’s cause in Australia by leading the Bengali community organisations in various multicultural forums in Perth, Canberra and Brisbane since 1977.  He was the founder member of the Bangladesh-Australia Associations (Community organisations) in all these cities established over the last quarter of a century. Dr Hossain currently works on Climate Change issues in the Asia-Pacific including the Bay of Bengal Delta and Sundarbans region (Bangladesh and West Bengal, India) with his current academic position in Australia. Dr Hossain published two major volumes on the Political Economy of Bangladesh including several articles for journals and edited volumes over the last three decades. He has been a regular contributor to the column of  English daily, The Daily Star published from Dhaka over the last 15 years. Dr Hossain produced 7 volumes on the subjects of South Asian economic development, economic reforms, climate change and growth in Asia, and on the realisation of Asia century published by the prestigious Routledge and Edward Elgar Publishing based in the UK.

Dr. Ahmed Ziauddin: is an expert on International Law and Director for Centre for Bangladesh Genocide Studies in Belgium, studied law in Bangladesh. A human rights activist Dr Ziauddin writes regularly for the leading daily newspapers in Bangladesh and is interviewed by the BBC, Voice of America on crisis/issues concerning Bangladesh. His particular interests are international justice, human rights, democracy, transnational societies, remittance, migration and development. He is also the Director, Projects of BASUG. Dr. Ahmed Ziauddin also holds the position of President of BASUG Germany Chapter. 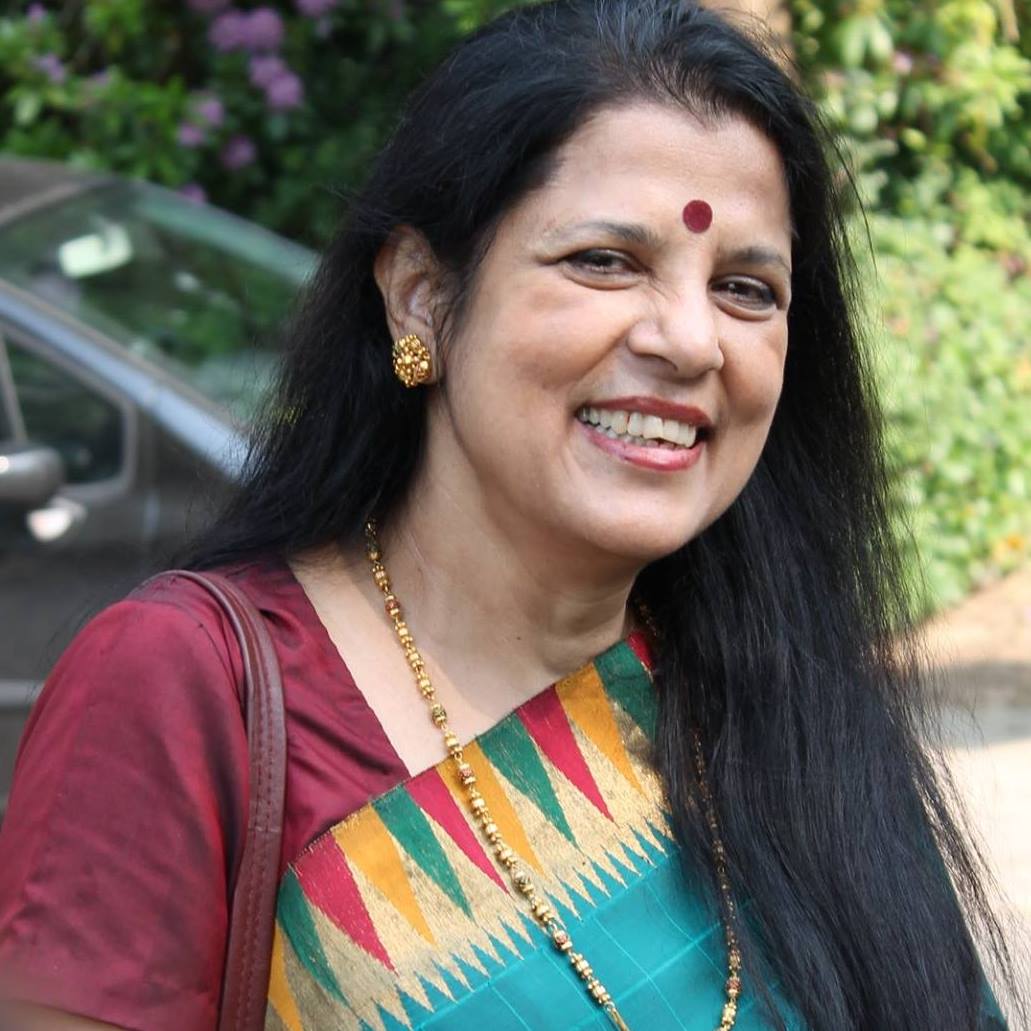 Dr. Tazeen M Murshid: a successful Bangladeshi migrant woman is currently working as Associate Professor of International Politics at the Universite Libre de Bruxelles in Belgium. She obtained her D. Phil degree in Oriental Studies from the University of Oxford (St. Antony’s College), where she was awarded the Frere Exhibition for Indian Studies. She taught South Asian Studies at the universities in London and Oxford for several years. She was a fellow of the Wissenschafskolleg zu Berlin in 1999-2000 and a visiting Professor at the Ecole des Hautes Etudes des Sciences Sociales in Paris in 2003, researching and lecturing on gender and law in colonial India. Dr Murshid’s interests include Islam and secularism, gender issues such as female autonomy, gender violence, family law criminal law, the role of the state and civil society activism; ethnicity and migration. She also writes on contemporary political and educational issues in Asia and Europe. She is the author of The Sacred and the Secular: Bengal Muslim Discourses, 1871-1977 (Oxford University Press: Calcutta, 1995 and UPL: Dhaka, 1996). 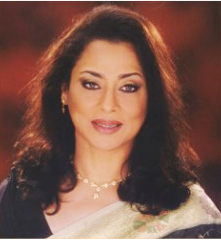 Jayasree Kabir, Goodwill Ambassador: is a Bengali film artist. Originally from Calcutta, Jayasree Kabir (Miss Calcutta) married the celebrated Bangladeshi film maker, Alamgir Kabir and moved to Bangladesh. She played the central role in films such as ‘Shimana Periye’ (1977) and ‘Rupali Shoikotey’ (1977). Both the films are regarded among the finest films to have come out of Bangladesh. Other films include: Mohona (1983) and Surya kanya (1977) Jayasree Kabir also acted in the film of Satyajit Roy. Later in life, she settled down in London, UK and got involved in social welfare activities. She took an active part in the launching program of BASUG in 2005 in Rotterdam, the Netherlands and actively involved in the affairs of BASUG.