The government has urged all not to undermine or misinterpret its genuine efforts to improve the lives of Rohingya refugees through their ongoing relocation to Bhasan Char.

It relocated 1,642 Rohingyas to the island in the Bay of Bengal under Noakhali’s Hatiya upazila yesterday.

The UN said that it has limited information and has not been involved in the relocation exercise, while some rights groups questioned the transparency of the relocation process and the extent to which the refugees’ relocation is voluntary.

The Ministry of Foreign Affairs in a statement yesterday said the government’s position on the relocation has always been transparent and it is being done entirely on a voluntary basis. Accordingly, Rohingya representatives undertook a “go and see” visit to Bhasan Char to assess the facilities and make an independent, informed choice.

“We hope that the international community and the United Nations, as per their mandate, will be involved in the process very soon,” said the statement.

“The relocation is on a fully voluntary basis,” Foreign Minister AK Abdul Momen told The Daily Star on Thursday, questioning the motives of those who he said enjoy various privileges, including high per diems while they work in Cox’s Bazar’s Rohingya camps.

The relocation is part of the government’s plan to eventually relocate 100,000 of nearly a million Rohingyas from Cox’s Bazar, where they have been living in crowded camps after fleeing persecution in Myanmar’s Rakhine state over the years.

The foreign ministry statement also said a number of NGOs and journalists visited the island, adding that all expressed satisfaction about it. More importantly, the relocation was preceded by several rounds of discussions, based on the queries of the UN.

While talking to this newspaper yesterday, the foreign minister expressed frustration that the international community has not done enough to create pressure on Myanmar to pave the way for Rohingya repatriation.

“While international agencies make noise about facilities in the Rohingya camps or Bhasan Char, none had the courage nor sincerity to approach Myanmar to create a conducive environment leading to the Rohingyas’ repatriation to their own country in safety and security, and in a dignified way for the wellbeing of Myanmar,” Momen said.

He also thanked Prime Minister Sheikh Hasina for her prudent and decisive action to relocate a section of the Rohingyas to Bhasan Char in order to avoid deaths and accidents due to landslides and other untoward incidents in the overcrowded hilly areas of Kutupalong.

Two attempts at repatriation have failed so far as Rohingya refugees say there is no guarantee of citizenship, safety and basic rights in Myanmar.

The UN and rights bodies have said the situation in Rakhine has not improved despite Myanmar facing a genocide case at the International Court of Justice, which ordered the country to prevent further genocidal acts in Rakhine state.

The UN Security Council has also failed to take any concrete actions against Myanmar mainly because of opposition from China and Russia, who hold veto powers. Meanwhile, Bangladesh continues to bear the brunt of sheltering the Rohingya refugees in Cox’s Bazar, a tourist district that is facing socio-economic, environmental and political challenges due to the Rohingyas’ presence.

Illegal drug smuggling, human trafficking, conflicts between Rohingyas and locals, and clashes among various factions of Rohingyas that led to several killings in refugee camps have become matters of concerns in recent times.

Momen has said on different occasions that regional development will also be affected if there is not a sustainable solution to the Rohingya crisis as soon as possible.

In its statement, the foreign ministry said the government decided to relocate the Rohingyas in the face of growing concern over the extreme congestion in the Cox’s Bazar camps and to avert risks of death due to landslides and in other unwarranted incidents.

“The deteriorating security situation due to prolonged stay of these frustrated people in Cox’s Bazar also compelled the government to come up with a contingency plan and develop Bhasan Char from its own budgetary allocation.” 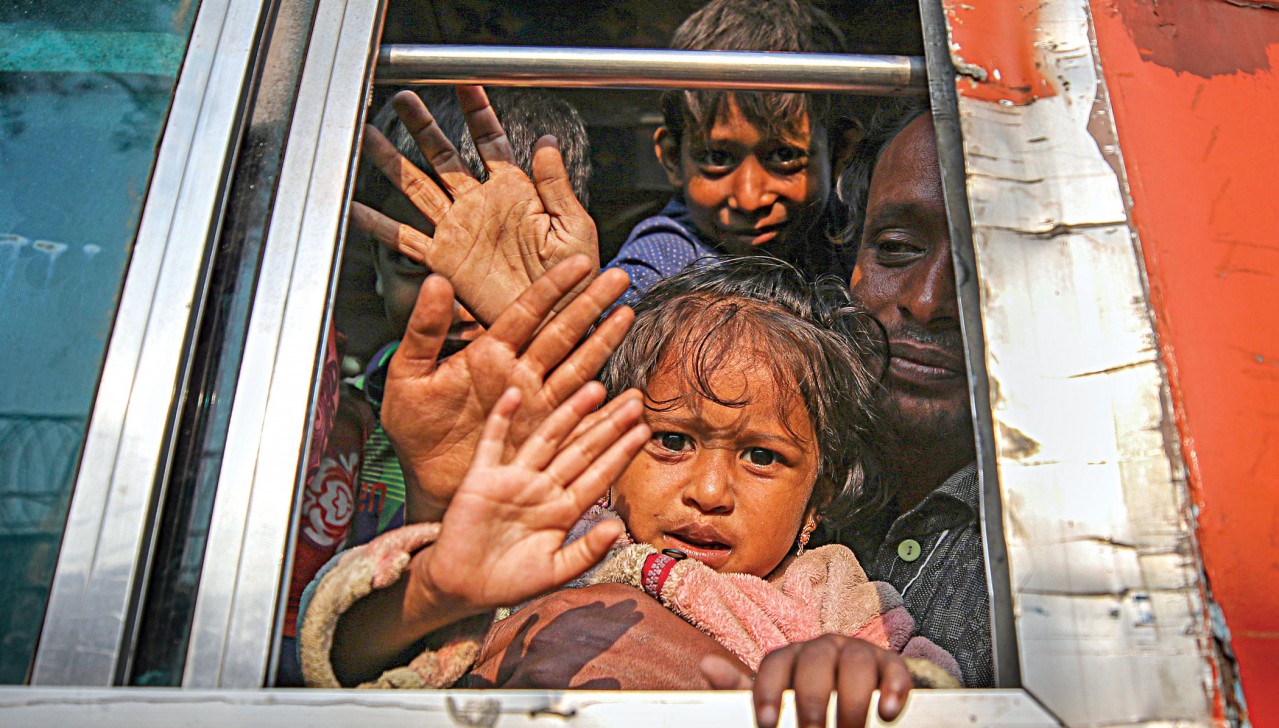 Bhasan Char can withstand natural disasters such as cyclones and tidal waves. Super cyclone Amphan proved the strength of the structures there as, despite the heightened tidal wave, all 1,440 houses and 120 shelter stations on the island remained unharmed, it said.

In addition to government agencies, around 22 NGOs are already there to extend all possible support to the relocated Rohingyas.

The foreign ministry said the relocation was a part of the broader plan of repatriation. The livelihood opportunities that the Rohingyas would be able to avail on Bhasan Char and the acquired skills would prepare them for their reintegration in Myanmar.

“The generous people of Bangladesh offered all kinds of assistance to these persecuted Myanmar nationals before any international humanitarian agency stepped in.

“We set another unique example of humanity in the world by developing a modern island to temporarily accommodate some of these persecuted Rohingyas,” the statement said.

At this stage, it is only practical that the international community, including the UN, fulfils their responsibility and meaningfully engage with Myanmar to commence the repatriation, it said.

“We would encourage human rights groups to put their efforts in creating conducive environment inside Myanmar for their quick, safe and dignified repatriation to their land of origin, Myanmar,” the foreign ministry said.