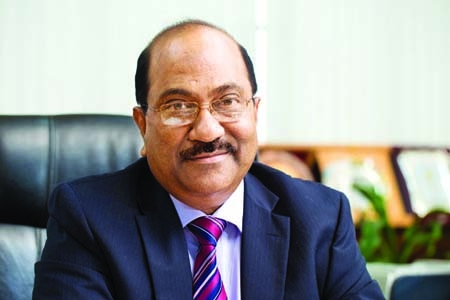 Expatriate Bangladeshis are remitting money to Bangladesh through illegal ways as the process is easy and faster. As a result flow of remittance has dropped in banking channels.  It is also alarming for the contribution of remittance for the country’s economy. Bangladesh Bank (BB) is highly concerned about this issue. BB held a meeting with the managing directors of different banks on Monday to discuss the inflow of foreign remittances into Bangladesh by unfair means. It was told by the participants of the meeting that illegal remittances have increased since the beginning of mobile phone banking. So, the banks should make their services more congenial and flexible for the customers. BB officials have also discussed whether agent banking system can be introduced for rapid transactions.BB Deputy Governor SK Sur Chowdhury said at the end of the meeting that even the Prime Minister is concerned about the fall of remittances. Some reasons behind the decline in remittances have been found through this meeting, he added. He further informed that BB will evaluate some of the proposals made by managing directors of different banks in the meeting. Sur Chowdhury also said that a group of dishonest middlemen are misusing mobile banking facility for illegal remittance. Therefore, overseas agent banking system is being considered by BB officials. He further commented that the reserve money of exchange houses under foreign banks may also be reduced.According to SK Sur Chowdhury, there is shortage of cash dollars. That’s why each dollar costs three taka higher in outdoor markets rather than in banks. A lot of people sell cash dollars to outdoor moneychangers for better price. 3.5 million dollars were imported last year to overcome this situation. But the import of dollars was not very fruitful as 20% tax was imposed on imported currencies. The central bank asked for tax waiver from National Board of Revenue (NBR) for importing 10 million dollars but NBR made no response to this request, SK Sur Chowdhury informed.BB sources have said that the banks have one crore four lac ninety thousand dollars in cash which is not sufficient to meet the requirements. SK Sur Chowdhury said that rates of pound starlings and Euros have decreased against dollars. It has created hindrances for procurement of remittances. Workers in the Middle Eastern countries are facing decline in their salaries due to war and fall of petroleum prices. As a result, Bangladeshi workers cannot remit currencies like the previous years. Exchange rates of Singapore dollars and Malaysian ringgits have also gone down, according to the higher officials of BB.As analyzed by BB, money remitted from abroad through mobile banking most of the time does not come in banking channels. The concerned authorities have informed that this sort of illegal money transfer may be used for money-laundering too.